The ESP32 is a Chinese microcontroller from Espressif Systems, a relatively young (2008) fabless semiconductor company from Shanghai. The ESP32 contains nearly everything plus the kitchen sink : besides the usual core (cores, actually), memory and I/O it also includes a WiFi 802.11b/g/n radio, a Bluetooth 4.2 BLE radio and even an Ethernet MAC. This level of integration translates to huge cost savings, and this, in turn, translates to popularity. 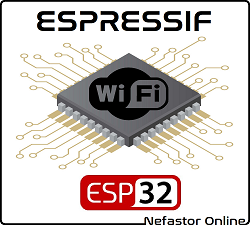 Like nearly everyone on Earth, I became aware of them when their ESP8266 microcontroller started popping up everywhere. No one could resist WiFi-capable microcontroller modules priced below the Big Mac. No one, I tell you.

But the ESP8266 had a few flaws. Nothing too bad : just a complete lack of security, coupled with documentation so sparse and cryptic not even a dozen Indiana Jones could have made sense of it without years of study. So I did what any intelligent person would do : I waited for the product to mature, and this brings us to the ESP32, which appears to be in a usable state.

As usual, this being my very own website, this section is mostly going to be filled with my own personal notes and experiments. I make no assumption as to your level of skill and experience in all things computer and electronics related. I also have no intention to dumb down. But hey, there’s always Google !

All content on this site is copyrighted. Designs and source code are offered under the GPLv3 license. Click here to learn more.