The STM32F1 is the entry-level family of STM32 MCU’s. It’s ridiculously cheap considering it is based around the ARM Cortex-M3, with chips running at up to 72 MHz. Obligatory comparison to the Apollo space program’s guidance computer that flew humans to the Moon and back : its clock speed is 36 times faster, it has twice the RAM, and nobody cares because almost nobody has any idea how much processing power and RAM is actually necessary to fly a spaceship. 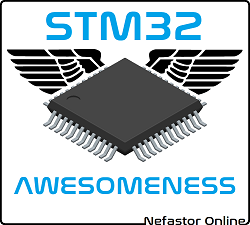 Given how cheap all STM32 MCU’s are, I have no particular reason to be interested in the STM32F1 line… other than the fact that because it’s cheap, the Chinese have been flooding all their online stores with modules like this one :

No doubt, your massive powers of reasoning have led you to deduce (correctly) that the STM32 MCU on this module is soldered to the bottom side, along with lots of components.

To make a long story short, this module was originally created by LeafLabs, an American company, as the Maple Mini. It was copied by the Chinese, who made it much cheaper and undercut LeafLabs by a considerable margin. Eventually LeafLabs threw in the towel, made the project open-source under a Creative Commons CC-BY-SA 2.0 license, and keeps it on their website for what can be assumed to be marketing reasons.

The Chinese didn’t just copy the module, however. To make it cheaper they redesigned it, reducing its BOM while maintaining the functionality of the original. In the process they also managed to improve it a little (in my opinion) by using a 3.3V regulator with a larger power output than the original. In many cases this saves you the trouble of designing and building a power supply for the peripherals you connect to the module. They threw in a free meal, basically.

I’m not interested in providing a detailed analysis of what the differences between the original and Chinese versions of the Maple Mini, I’ll just let a photo replace a thousand words. If for some reason you want to know more, the Maple Mini’s design files are available on LeafLabs’ website and you’ll find the schematics for the Chinese version on my website if you keep reading : 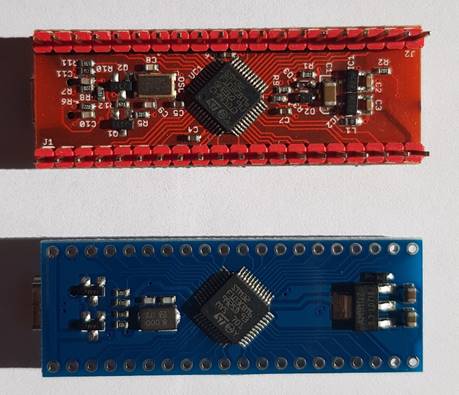 The Maple Mini is the red one, but you can probably tell. Oh, and they both come with pins, I just haven’t soldered them on the module I’ve photographed.

Is the original module better ? Maybe, after all it’s red so it should be faster. Do I care that the Chinese may have cut too many corners ? No. Why ? Because I have no intention of ever using those modules in a finished product. As a tool for rapid prototyping however, they are perfect. I always keep a dozen on hand and that’s why I’m writing about them on my website. 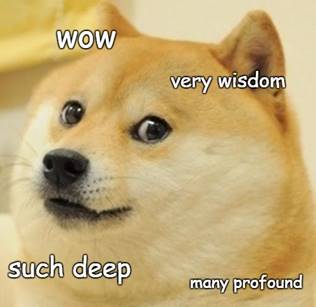 Now, for my next trick, I’ll show you how I use those modules. But first, I’m afraid there will be some dry technical talk. Bear with it. People who don’t read end-up believing the Earth is flat, and they also can’t get microcontrollers to work. You don’t want to be one of those guys. Come on, if you eat your veggies I might even reward you with another dank meme.

All content on this site is copyrighted. Designs and source code are offered under the GPLv3 license. Click here to learn more.